Lego Fun for Everyone 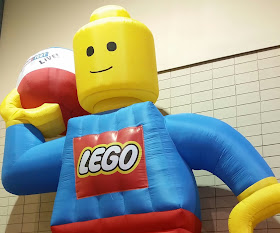 This past weekend we were given tickets to check out Brickfest Live.  This event was in Richmond VA which is a nice ride for us.  The kids didn't know where we were going because I like to provide random surprises!

When we walked into the Richmond Convention Center we were immediately greeted and directed to the appropriate room! 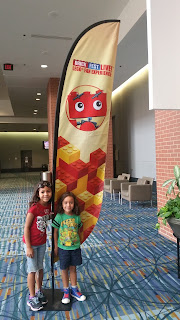 They knew where they were going and now it was game time!

Upon entering you are immediately excited at the endless Legos in sight.  The only question is where do we start?

We checked out the giant mosaic area first. 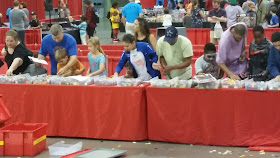 People were lined up on the other side of tables making prearranged tiles. Color-coded cards were used to make the specific tiles.  2 individuals were adding the completed tiles to the mosaic on the floor.

The kids started out with making their own tiles.  They could choose to make one from a card provided or make their own design. 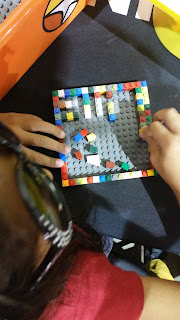 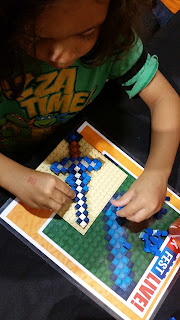 After you were finishing you got to put it up on a wall along with other micro works of art! 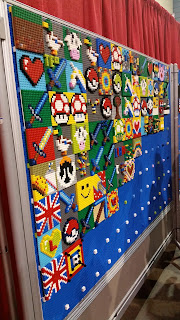 Have you heard of MeeperBots? 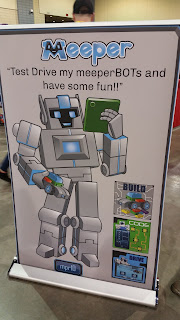 You could give the robotic cars a test drive! 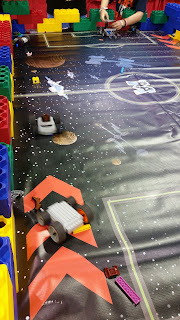 They were controlled by an app on your phone!
I think our favorite Legos were the one under the black light.  Not that everyone had a playroom with a black light but now after this show it makes a cool option to have. 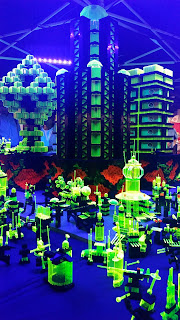 Legos stimulate the imagination and creativity.
My son thought it was so neat to see the Lego cars line up for a race. 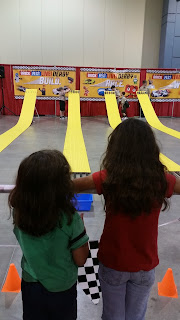 This whole setup would be super easy to set up in the house compared to a black light. 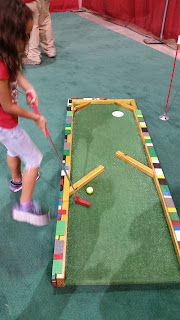 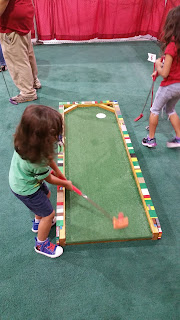 Legos are not just about building.  They are so versatile!  Look how they can be used to embellish! We had fun playing 9 holes of golf!
Did I even mention how easy it was to spend hours at this event?  I never heard I'm bored, not even once! 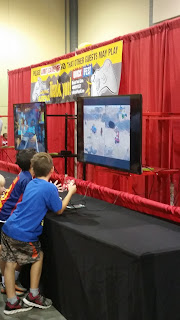 We did skip the Lego video game section as my kids are a little younger.  This station had about 6 screens and the game looked action packed and entertaining. 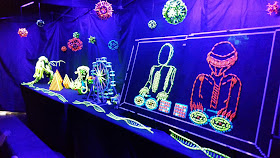 Animated Legos in a black lighted room was pretty neat.  Mom, can you make that? Um, no our Legos don't move unless you make them move. 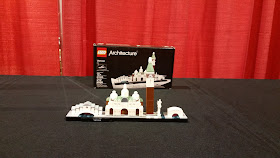 If you can dream it you can build it. Architecture lane.  A row of famous buildings Lego style were neat and maybe the closest I will get to these landmarks. 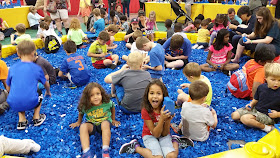 A pool of blue just in case it's your favorite color.
Last stop before we left was to check on the giant mosaic but we had to take pictures with some groupies first. 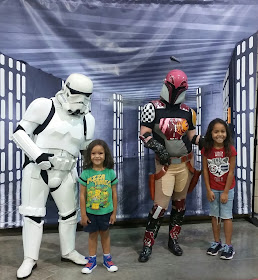 Our day was complete and now the last stop was to see the progress of the mosaic. 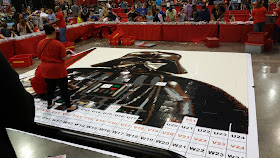 It was coming along nicely!  It was neat to see how everyone was working together to make this.  My son thought it was neat as he is a Star Wars fan!
I was provided this trip for review.  All opinions were my own.
Have you checked out Brickfest Live?  I saw adults have just as much fun as the kids!  Have you seen the glow in the dark Legos before?
Leave a Comment
submit a review Join our blog team